As mentioned in the programming basics course, each programming language has a specific syntax. A specific way to write code so that the compiler can compile it.

Here are some code and comments to explain the basic syntax of Node.

The nice thing about using an IDE is that if you get this syntax wrong it will usually tell you. So in VSCode, it will make the class red and put a squiggly red line under what it believes to be the cause. 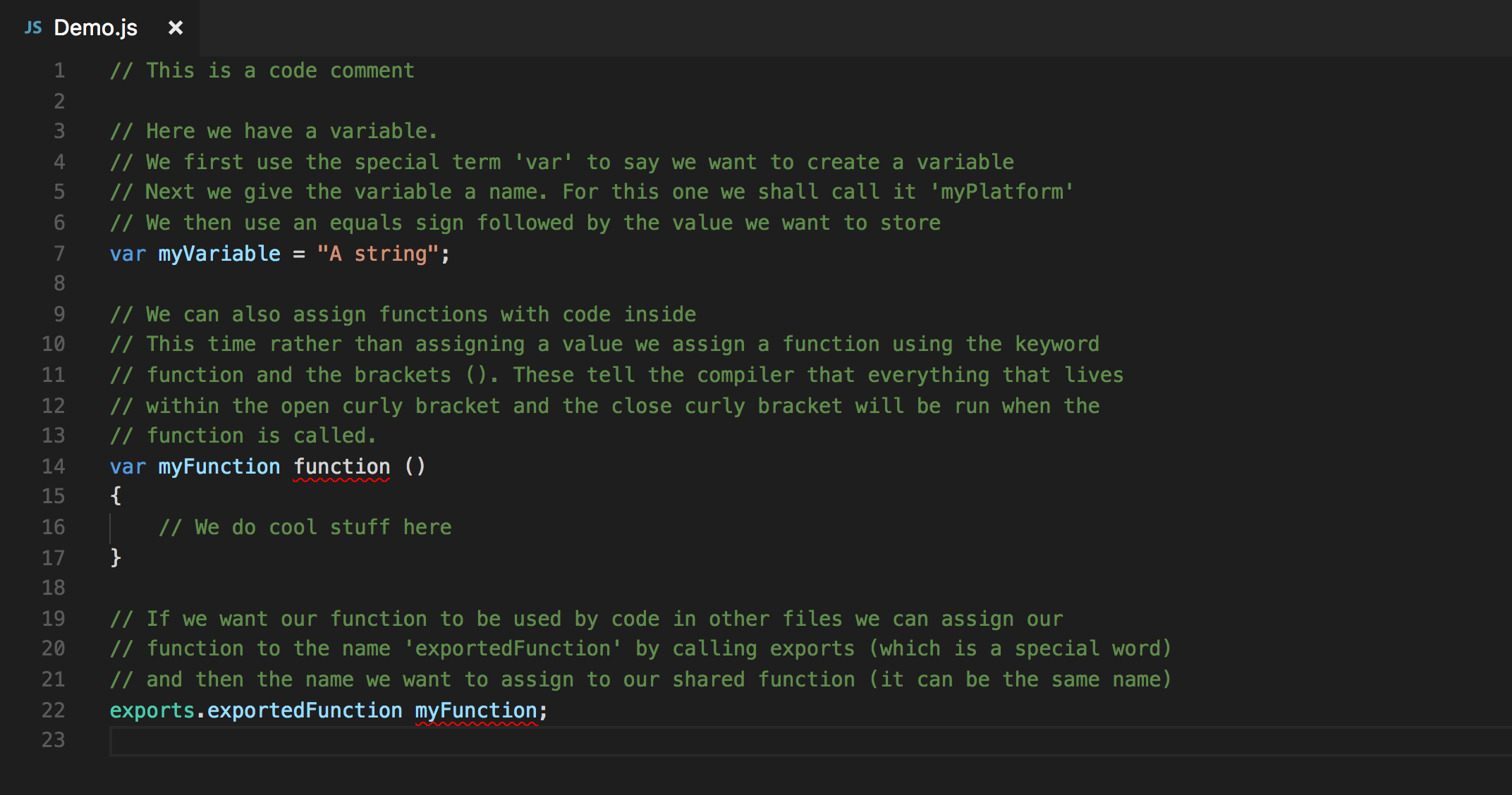 In this example, I’ve added removed the equal signs where I assigned the function and exported function. There is a lot more syntax in Node, but this should be enough to get you going.